In this place, cotton textile technology has developed since the late Edo period, and the first domestic jeans were produced here in 1965. Since then, high technology necessary to produce jeans has been passed down in the Kojima district, and it has been highly evaluated both domestically and internationally. In the midst of such a circumstance, the local manufacturers of jeans opened their stores in vacant stores in the shopping area which has a retro atmosphere, and jeans fans all over Japan visit Jeans Street in Kojima, the birthplace of domestic jeans. In addition, JR Kojima Station was named "Jeans Station Kojima," and the inside of the station was decorated with jeans patterns to advertise Kojima as the holy place of jeans. Furthermore, jeans buses are run to take tourists around related facilities, etc. In this way, the local community is united in aiming to build a town with jeans, and is making efforts to improve the brand strength of the Kojima district by reconstructing the shopping district and the textile industry. 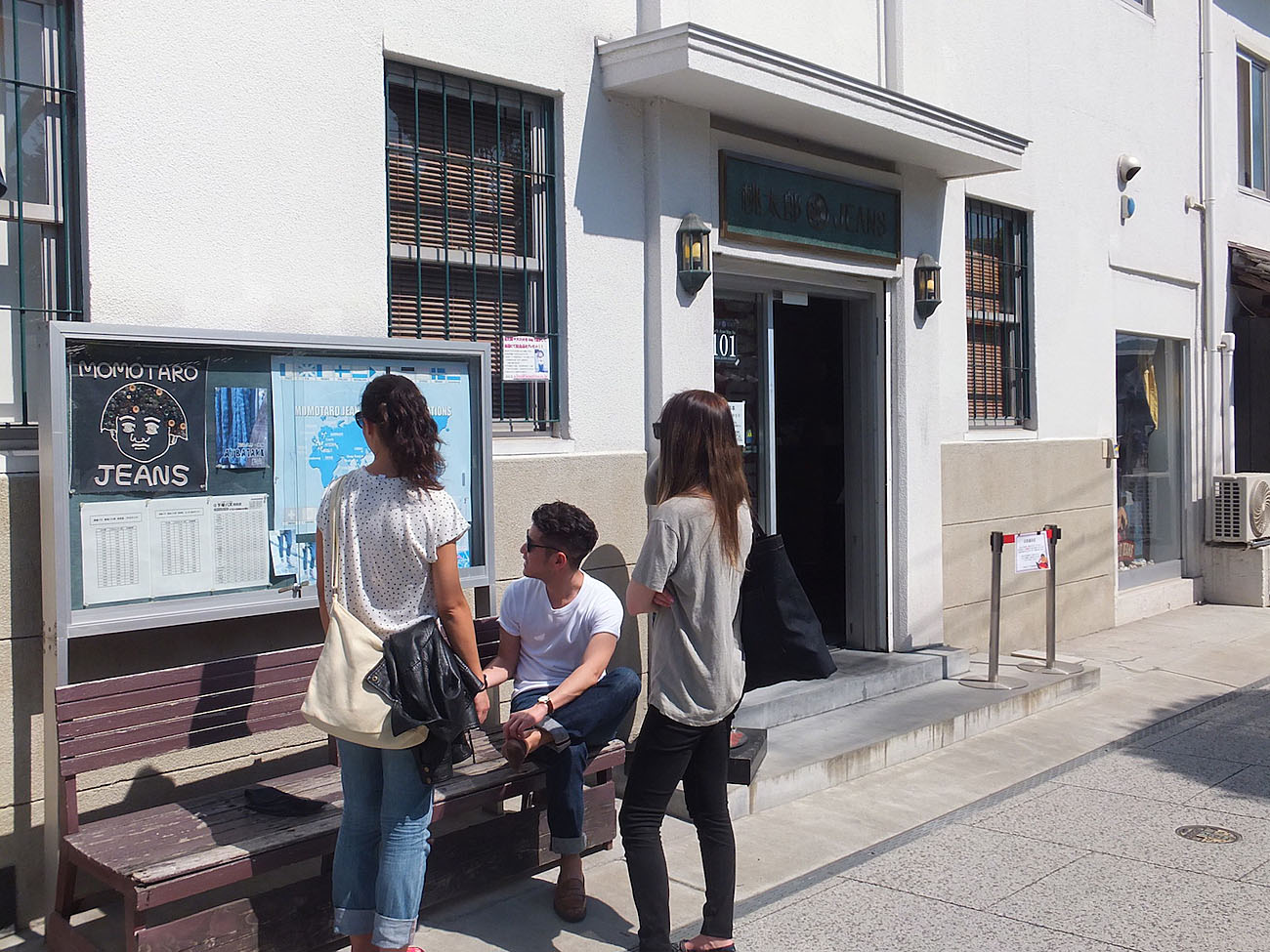 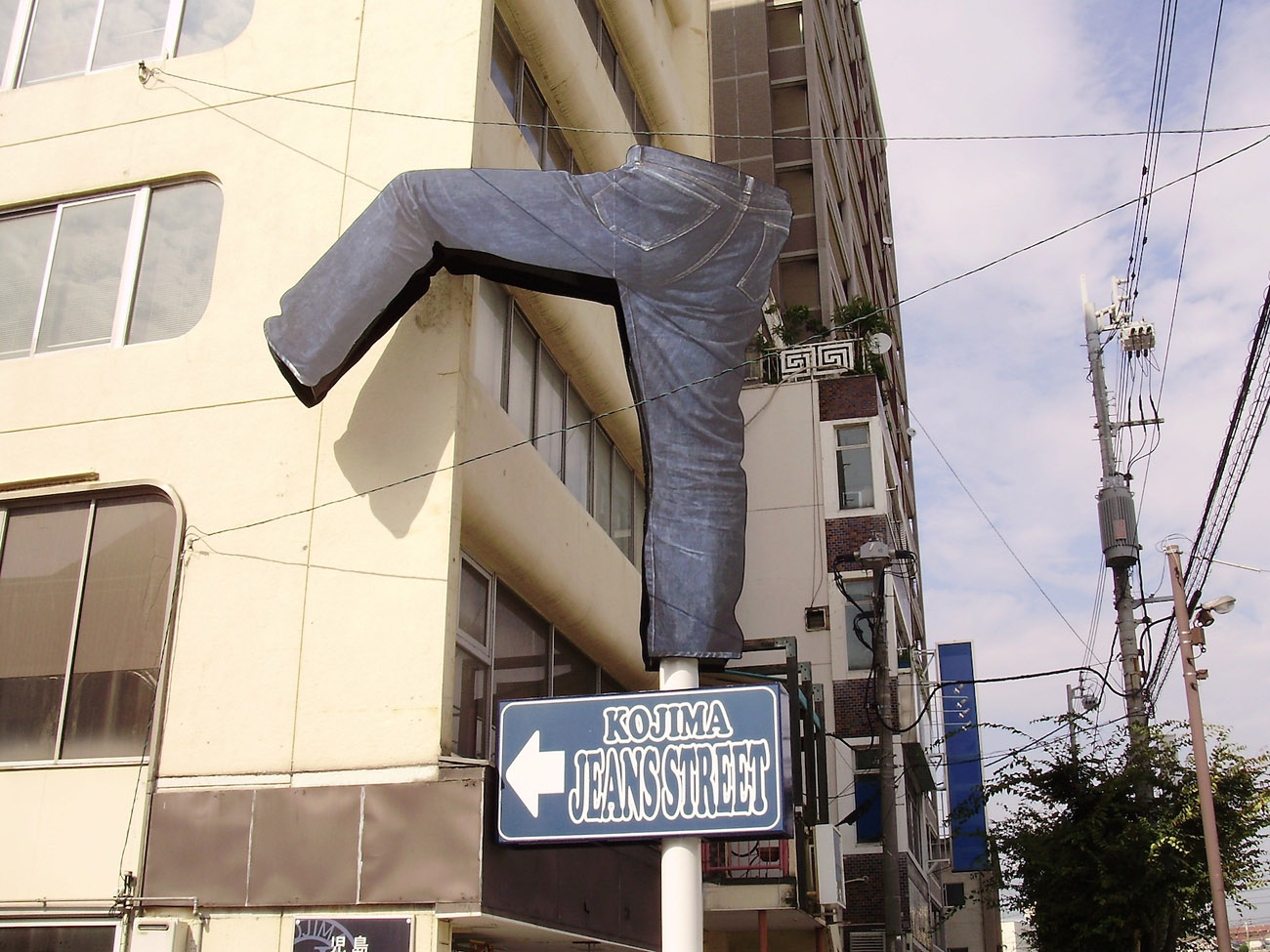 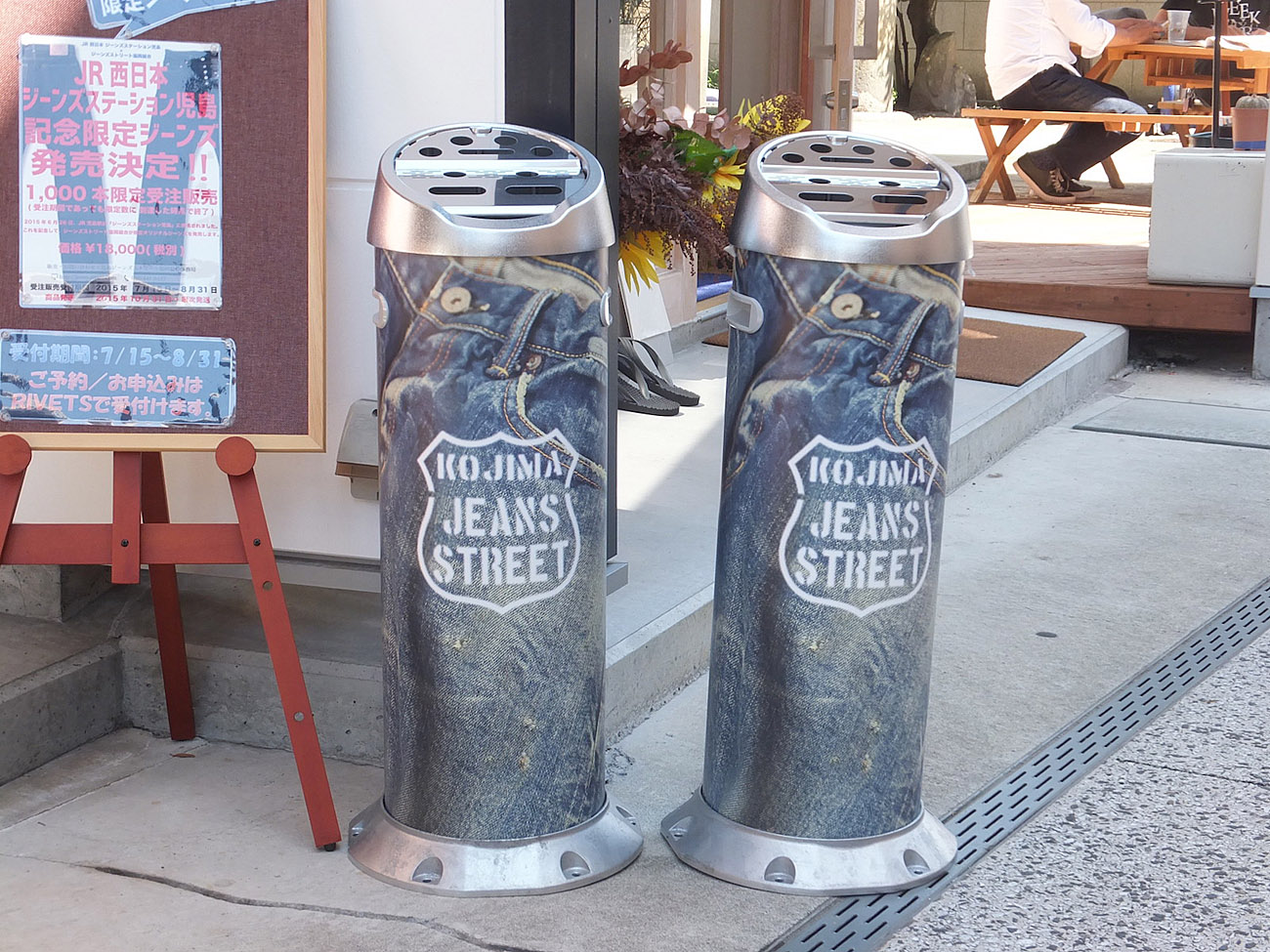 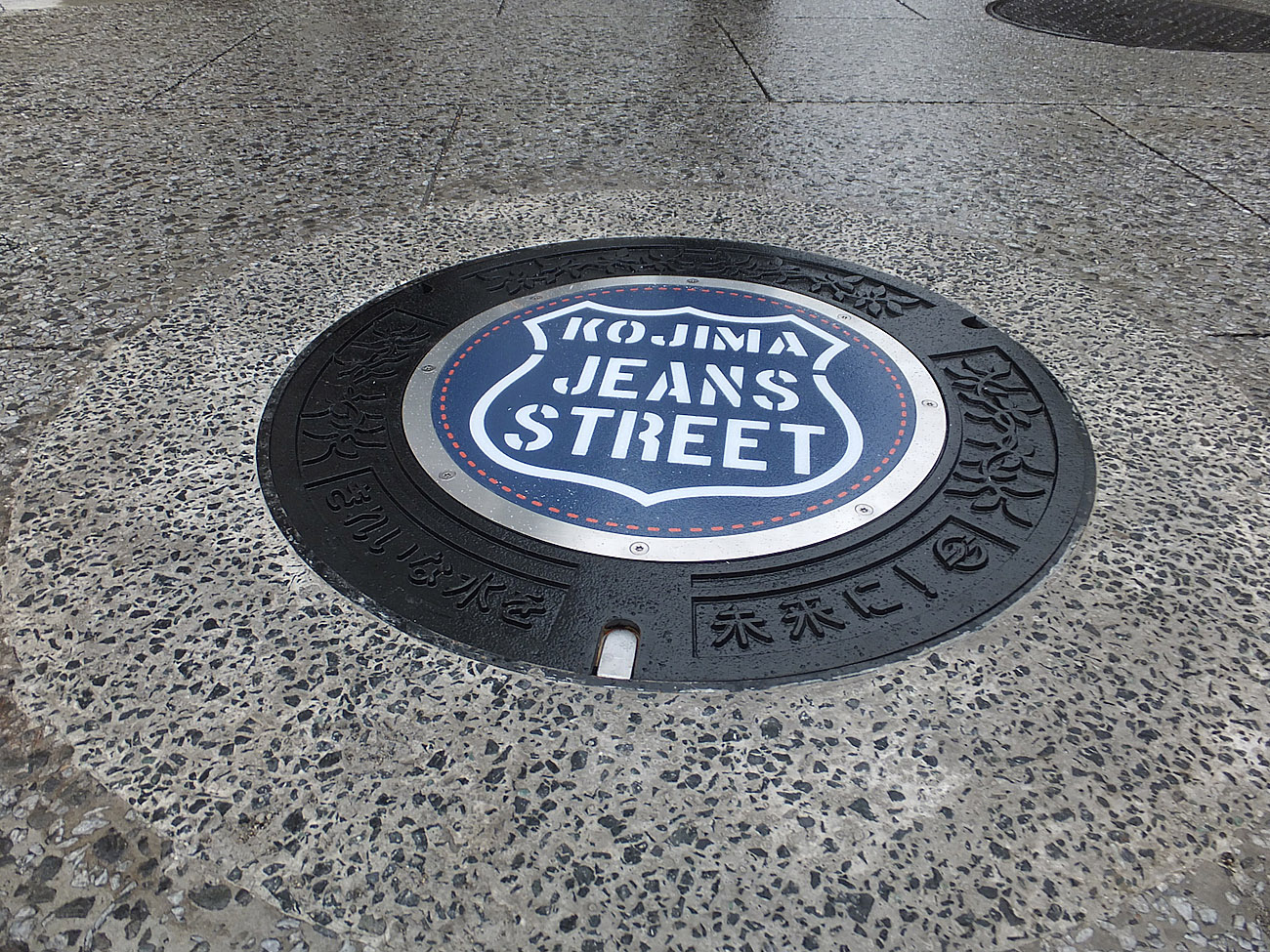 ～What is the Conceptualization of Kojima Jeans Street?～

So-called "shuttered shopping streets" or deserted shopping streets have become a serious problem all over Japan, especially in the rural areas. There are vacant stores lined up in deserted shopping districts without any crowded streets. "Ajino Shopping Street" in Kojima, Kurashiki, Okayama Prefecture was bustling with many people every day as the center of the town in the Showa 30s to 40s (from 1955 to 1974). However, due to factors such as aging of the storekeepers, successor problems, and inability to respond to the needs of consumers, many stores were closed down. For the revitalization of the district and further development towards the future, the "Kojima Jeans Street Conception" was launched as a measure against vacant stores and with the textile industry (mainly jeans), a local industry in Kojima, as the centerpiece in order to revitalize the entire district and get back the bustle of the district and the smiles of people. Japanese manufacturing is something to be proud of in front of the world. With the goal of becoming the world's best shopping mall, we will conduct activities to let people know Kojima's textile industry that we can be proud of in front of the world.

It is the kind of manufacturing that can only be done here because Kojima has been closely involved in textiles such as sewing since the old days. Measures for vacant stores in the shopping district were taken using this “jeans.” As a result, the number of visitors has exploded since then, and vacant stores have been disappearing smoothly. It has been picked up as a success case by many media and administration. ・ At the start of the project, there were two jeans stores and one secondhand store, but now there are 40 stores in business. ・ Six thousand to seven thousand shoppers visited the district at the time when Jeans Street was formed, and now approximately two hundred thousand people visit it according to the 2017 survey. ・ The commercial type shopping district has been transformed into a sightseeing-type shopping district. Not only jeans fans but also various people (approximately 80% from outside Okayama Prefecture (including outside Japan) and 20% from within Okayama Prefecture) visit the district. 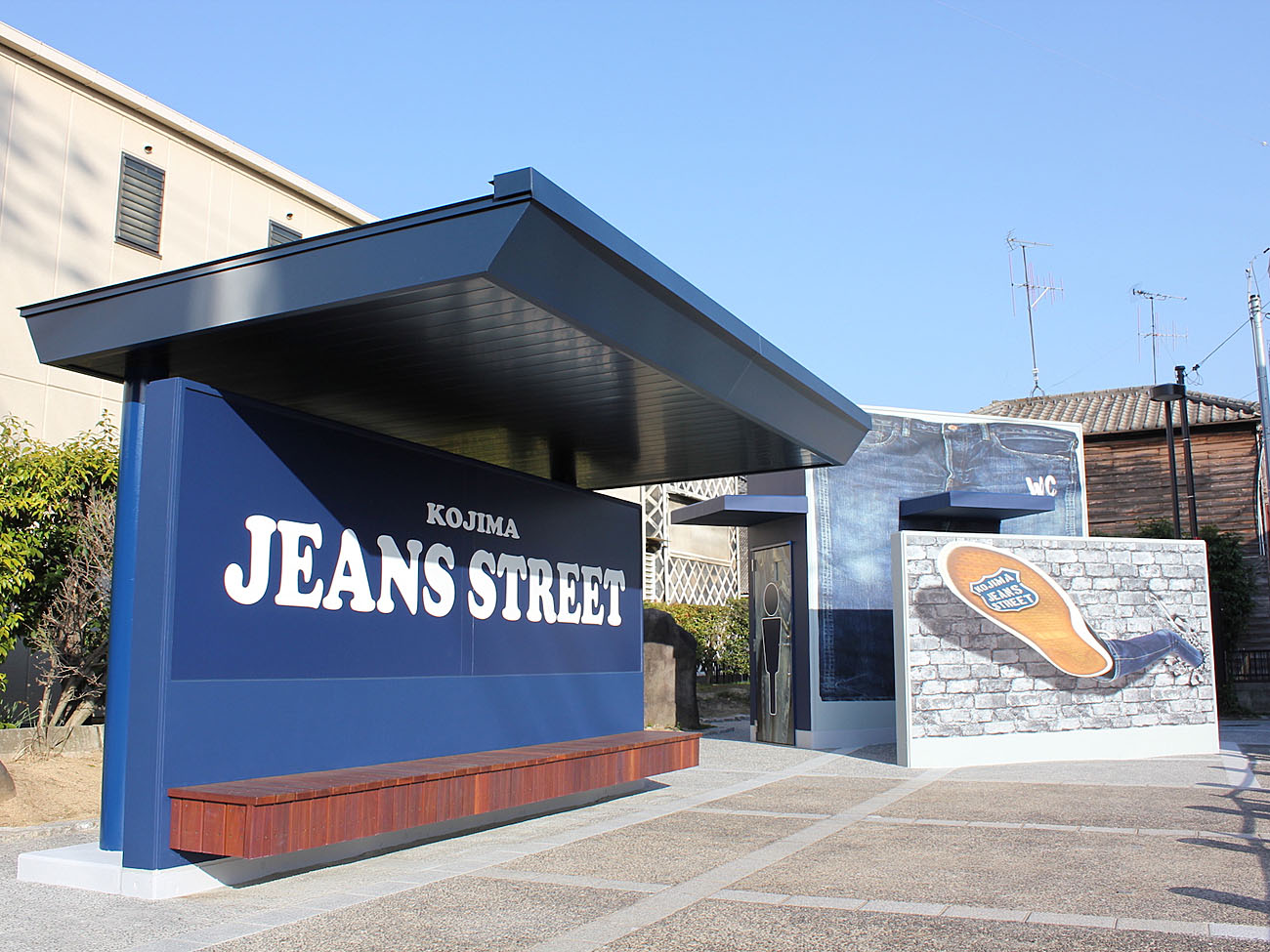 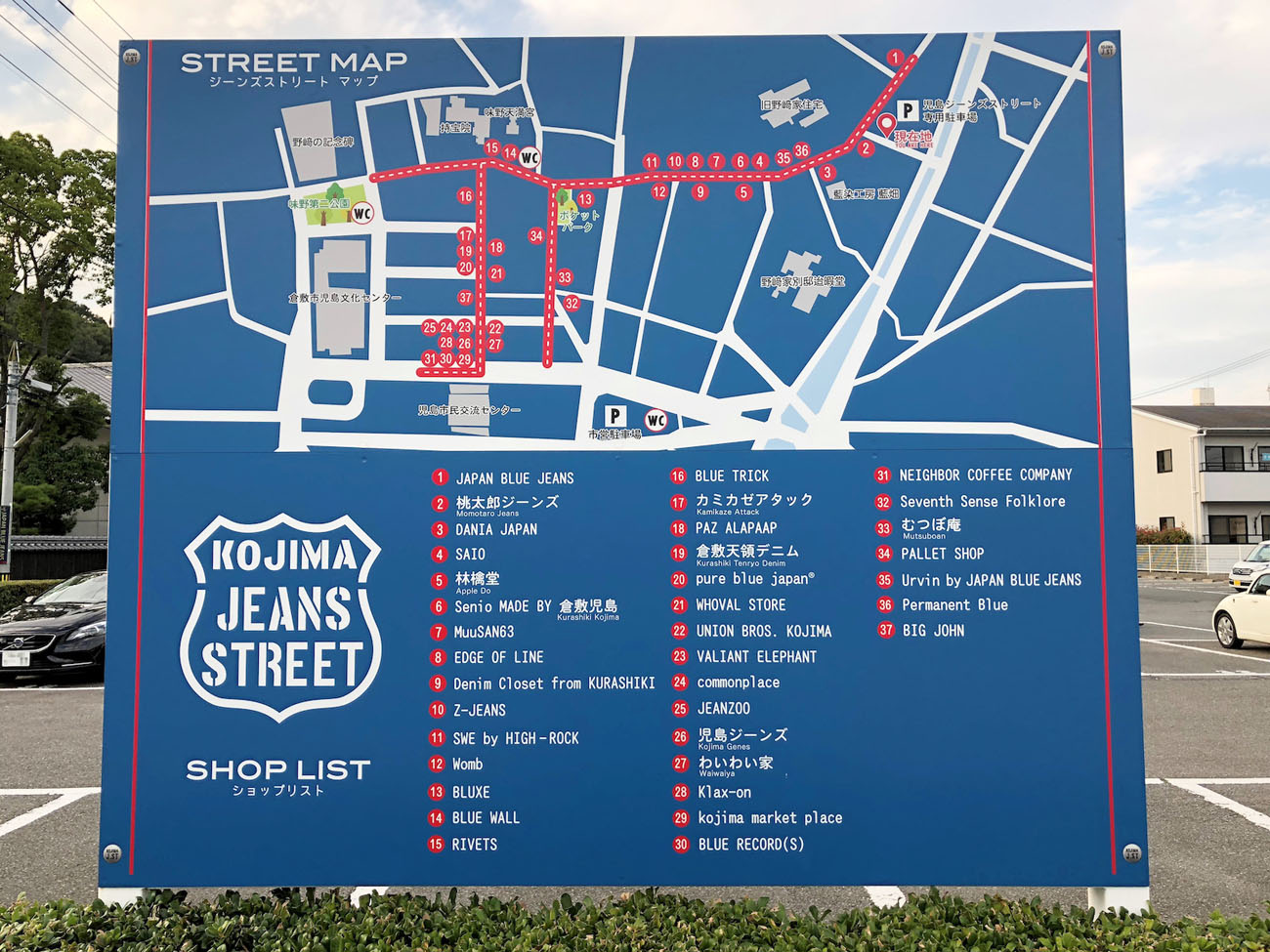